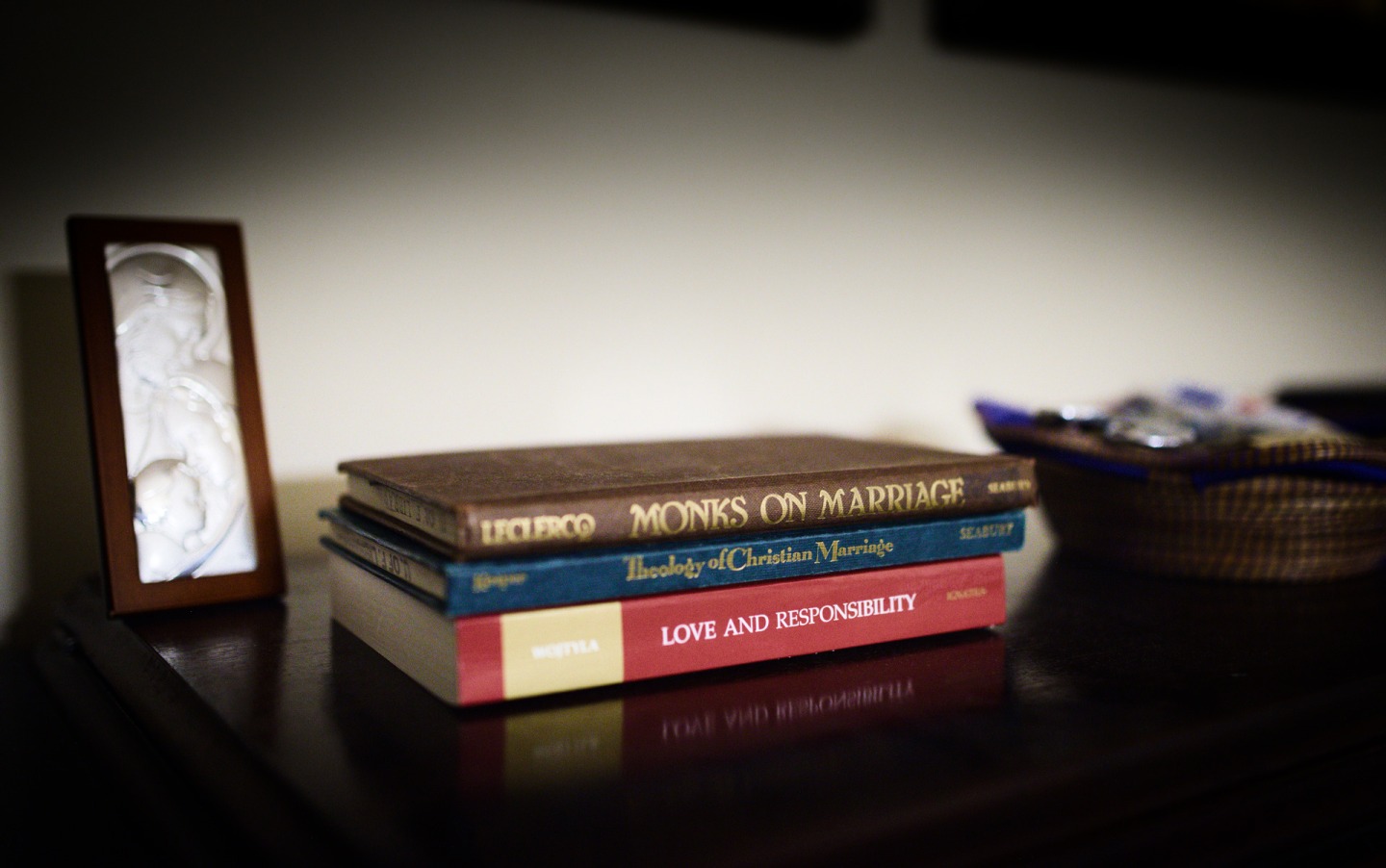 This is the second part of the introductory post to The Marriage Abbey. In short, the first post was about how Christians I’ve known have been down on weddings lately. The witness I heard about marriage was also no different. I made an argument for having a spectacular wedding day—the kind that is worthy of all the graces that are showered upon us in this sacrament.

After frequently hearing from pastors and fellow Christians about how my marriage was going to become mundane, moneyless, and acrimonious, I became a bit leery of things. No, I wasn’t leery about marriage. I didn’t brood in suspicion about my then-fiancée, thinking she secretly crafted a plan that would doom her groom. I didn’t visit a shrink to learn coping skills for that day when my adrenal glands (hormones) would no longer function and thus ruin my sex life (as my marriage prep minister insisted; see Part I for more awkward details).

No, I didn’t succumb to any of those things. Rather, I began to question the social institutions and popular attitudes that had been put in place regarding marriage prep.

When all your newly engaged friends make a Freudian slip of calling marriage prep “marriage counseling” a dozen too many times, you are right to suspect that something is rather off-pitch in our marriage instruction. And when the NFP spokeswoman is yelling at the Engaged Encounter audience with moral condescension on the topic of fertility, you might suspect that the church is going outright tone-deaf.

I can’t speak for everyone, but I never heard once about grace during marriage prep—you know, the helps, the joys, the fruits, the sanctity, the virtues, the pursuit of heroic charity. Perhaps ‘grace’ is too elusive a term. Perhaps few connect marital love to its rightful spiritual source. Throughout all of my talks with priests, marriage prep ministers, and retreat speakers, no one gave a single nod to joy and grace. It was as if someone had shaken an apple tree of its leaves and fruit then said, Just keep the trunk sturdy; the rest doesn’t matter. And don’t worry if it’s barren. Nearly everyone had forgotten the fact of grace. Or they had never thought enough of it to verbalize its goodness effectively. I seemed to attract every dour soul, like my joy in my beloved was everyone’s cue to say, “Don’t worry, we’ll cure you very quickly of your felicity! We’re here to use our sole superpower that we call ‘managing expectations’.”

I even arrived at a cynical hypothesis: that ministers and family simply feared hyping something that for so many is a difficult vocation. Err on the side of caution, they must think. Too much is at stake. The darker realities of marriage that they described truly set in for them, and was evident with all the mundane advice we were given. I remember one relative telling my wife, “Too young!” My wife was 22. That advice was prescribed too urgently right after we married, as if it were my duty to unmarry ourselves and wait ten years upon further approval. I decided without much diffidence that it was better to stay joyously married.

But there were opportunities for others to share about how God pours out his love! In our two-year, ultra-extended engagement, we had stretches of time to find out what sanctified married life truly had in store. Very little came. I mean, it’s not like we were soliciting it, but neither were we soliciting the regular warnings that could have been replaced with needles in my ears for how painfully mundane it all was. We did our fair share of spiritual reading and personal preparation, and we asked many couples how they kept things buoyant and happy. So things weren’t dire. We weren’t mired by negativity; the joy was our responsibility—no one else’s. And we moved along quite joyfully because, well, I really, really like my wife and always have. I hear through good sources (read: my wife herself) that she really, really likes me, too.

And don’t mistake me for being unfair in my appraisal of marriage prep, as certain things bordered on the spiritual: the moral duties husbands and wives owe to each other were a big topic. Dealing with daily hardship was covered. Even the wedding rehearsal was important, so that everything would be choreographed well to give the wedding day its due reverence.

But I had a thirst, and to this day I have a thirst, for a topic that went underserved when it can never be over-served. I wanted to know about marriage spirituality. I wanted to hear an evocative, intellectually captivating, and theologically mature witness—not just a lecture, discussion, or point of view—of how grace would impel us to create a marriage worth talking about. I wanted to see how grace made heroic virtue commonplace, not occasional. Or just on a very simple, human level I wanted to know how grace would change my perception of my wife and family on a daily basis. I hoped for stronger witness to the full breadth of love and faith and hope that I now know are everyday, if not minute-by-minute, happenings in marriage. On this side of the journey, this deep into marriage, I can’t even decide what joy or goodness or event or virtue to write about next: the grace overwhelms me.

And well, I didn’t quite receive what I hoped for back then. But then again, I was handed even more than I could expect…

Look for Part III of this post coming soon! (I know, does this intro post really ever end? Should it?)